After Hillary’s strong debate showings, I saw undecided voters on television shaking their heads, saying she seemed too satisfied with herself. They wondered why she looked so confident. But instead of using the word “confident,” they called her “smug.”

Because women have no right to own it, right?

Because women shouldn’t be strong, proud, fierce, and powerful.

Because women have no reason to feel worthy, much less good enough.

That’s the story we’re all told. Day in, day out.

And that very story had a hand in determining the outcome of this presidential election.

Misogyny is real. It is deeply etched into the culture of this nation (and plenty of other ones, too).

I don’t care who you voted for. This is something you can’t deny. There is a War on the Feminine in this world, and 2016’s election results have brought that into sharp focus.

Now, I’m not saying that just because somebody didn’t vote for Hillary, they must be anti-woman. But, reality is reality, so let’s skip the sugar-coating: Every single person who cast a ballot for Trump has only enabled and emboldened a self-proclaimed pussy grabber with an extensive history of denigrating women. And that is a dangerous thing.

This outcome is a slap in the face to the years of progress that have been devoted to empowering women and to protecting women’s rights. It suggests an apathy of the most disturbing kind. It says that we’re okay with all the forms of violence that have been used to shun, silence, degrade, and weaken women for centuries.

Trump’s election might have changed all that. Maybe that’s why we need him right now. I admit, this might just be me, trying to reach for the first positive thing I can find in the midst of a crazy time. But it’s true — we just might need this man.

Because the toxic brew of misogyny, racism, xenophobia, and hate is not just something that is exclusive to Trump. It reveals a deeper truth about what’s happening in our world. A specific form of darkness has been called up into the light, for all of us to witness. And now it’s our move. We have to determine whether or not we’re going to let this darkness define us, or we’re going to reach inside for something deeper; something that will evolve our society for the better.

To my mind, now is the time to do something. Take action. Let your voice be heard. Stand up for something much bigger than you. This is an opportunity to expand. It’s an opportunity to end the cruel and baseless War on the Feminine, so that we can welcome in a period of deep restoration, collaboration, and peace.

Trust in what is. Know that, right now, in this moment, on a fundamental level of existence, all is perfect and as it should be. The universe will always reveal to us what we need the most, whether it’s individually or as a collective.

We need this man right now.

For he’s given us a chance — even if he failed to realize it.

He’s given us a chance to push forward. To summon all of our courage to us and stand up to the hate.

We are on the verge of extraordinary change. Let’s transmute our shock, anger, and fear into something that propels us to take action and create a better world for all. 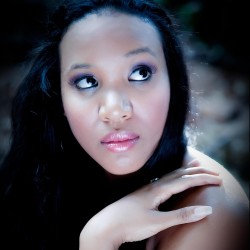 Rhoda
Rhoda is the founder of Feminine Power Circle. She is an Author, Content Creatress, Yoga Teacher, and Women's Circle Facilitator.