Why Do Women Sacrifice their Careers on the Altar of Clean?

According to an article in Time Magazine based on American Time Use Survey data released by the Bureau of Labor Statistics in 2014, on an average day, nineteen percent of men do housework compared with forty-nine percent of women.

What could a woman do with an extra hour or two every day?

In a lifetime, the cumulative effect of those hours when women are cleaning and men are not could very well add up to the difference between creating a significant body of work and the paltry output of a dabbler.

Men who do laundry or scrub a toilet are often praised for “helping” with chores and going above and beyond what’s expected of them. Women who do not do housework are often perceived as lacking moral character. Especially for women in a creative field and even more so for women who do all or some of their work at home, this disparity of perception, frequently held by women themselves, is an insidious thief of time and productivity.

Clean is good. I’m not advocating that families consume only fast food from the comfort of a hoarder’s den, but the idea that the value of clean is higher than the value of women’s creative output is damaging.

Labor, by its nature, is worth something. Money is the easiest measure of worth. Maybe it’s time to put a price on every chore.

According to an Emory University study Family Life in Context: Men and Women’s Perception of Fairness and Satisfaction across Thirty Countries from December 2014, in countries where even distribution of household chores is common, men report they are dissatisfied with the amount of work they have to do.

Contrary to lame jokes and tired stereotypes about men and housework, men are not generally childish beings who are incapable of seeing household chores for what they are.

Men don’t see the value in vacuuming, for example, not because they would rather lounge in front of a TV or entertain themselves in some other way, but because they are able to put an accurate value on their labor and ask does this job increase my wealth, my reputation or my ability to achieve my goals. If the answer is no, they are dissatisfied doing the job. They realize this is a job for a less skilled person or it is a minor but inevitable task that should be dispatched as quickly as possible.

Household chores are not as important as other jobs. Culturally, women are praised for cleaning and often take pride in doing it well. Men see housework as an obstacle not an achievement.

Women, to put themselves in a position to succeed, need to view labor in a similar way. Should a talented, educated and skilled woman be doing housework or would her time be better spent working on projects for which she will increase her wealth, reputation or the achievement of her goals.

Differentiating what is nice to have from what is essential is the key to being successful. No one answer is right for everyone.

For some women, lowering standards and no longer equating a woman’s worth with the state of her house is the way to go. For others, negotiating a fairer share of labor or delegating if negotiations fail, will work. And still for others, placing a dollar value on every task and weighing which can be done quickly and which should be outsourced might be the solution.

Historically, in an average lifetime men earn more, accomplish more and get more respect for their work. It’s time for women to value their labor and take back the hours they’re sacrificing on the altar of clean. 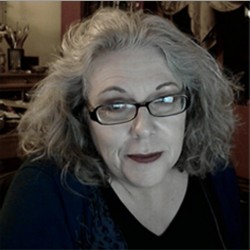 Kate is a student of all things scary and when she isn’t writing she loves to collect objects for her cabinet of curiosities, research obscure and strange historical figures and photograph Southern California where she lives with a very nice man and two little dogs who are also very nice but could behave a little bit better. Visit her website at katejonez.com

How Setting Boundaries Sets You Free

The Relationship Between Men and Shakti